You have followed the procedure to Access Linux on the device and have enabled the Optware repositories and software http://www.webos-internals.org/wiki/Portal:Accessing_Linux

You have installed the Terminal application http://www.webos-internals.org/wiki/Application:Terminal 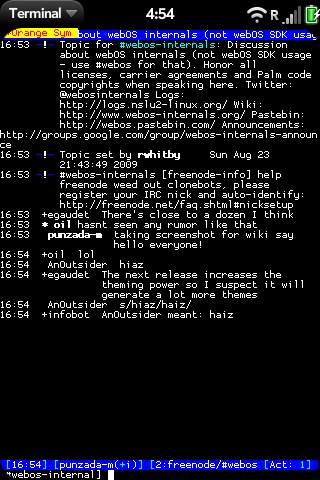