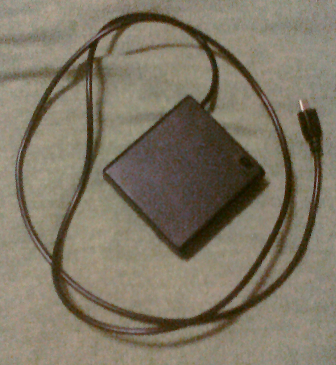 Pre owners have been cursed with the problem of insufficient battery life since the day the phone was released. With the rise of 3d gaming, battery life has again taken a hit as the GPU sucks your power down. Additionally, the Verizon battery features the "mifi like" wifi router tethering feature, and the european 1.3.5.2 features bluetooth tethering that both result in batteries draining in 3 to 4 hours.

So, an external battery pack becomes a useful addition to the webOS owner's toolkit.

WebOS devices can accept up to a 1 amp charge from an external USB supply.

New NiMH (Nickle Metal Hydride) rechargable batteries have a nominal voltage of 1.2 volts, so four of them in series have a nominal voltage of 4.8 volts. A freshly charged NiMH battery in good condition has a starting voltage of 1.4 volts, so four of them have a potential voltage of 5.6 volts, but this is unlikely in real life. In any event, this voltage falls rapidly to about 1.25 volts at 10% Depth of Discharge (DOD) and then remains almost constant until the cell is over 80% discharged. The voltage then falls rapidly from about 1.2 volts down to 0.8-1.0 volts at which the cell is considered "flat" in most devices. Mid-discharge at a load of 1 amp, the output is about 1.2 volts; at 2 amps, about 1.15 volts; the total effective differential internal resistance is about 0.05 ohms. Nickel metal hydride batteries provide a relatively constant voltage for most of the discharge cycle, unlike a standard alkaline where the voltage falls steadily during discharge. [2]

Consider the power comparison then. The battery in the Pre has a capacity of 1150 mAH at 3.2 volts, or a total energy capacity of 3.68 watt-hours. 4 NiMH AA batteries provide 2900 mAH of power at 4.8V or 13.92 watt-hours of energy. This amounts to 3.78 full charges of the Pre or Pixi internal battery.

Clearly, the project is worth doing.

Four NiMH batteries will (just) fit sideways in a standard Altoids mint tin with a USB female plug placed through the end. Radio shack sells a 4xAA battery holder which can be glued into the tin with a little trimming for $1.79 [3] Keystone electronics sells a USB female socket that can be run through the end of the tin for $1.41 [4]

The resulting power pack merely needs the addition of a usb to micro usb cable as came with the pre.

Connect the positive end of the batteries to pin 1 of the USB socket, and the negative end to pin 4.

The Pre or Pixi will notice that a high current (1 amp) charge can be obtained from the device if you short the data pins (2 and 3) of the socket.

The resulting package is simple, effective, and "neato".

If you don't want to mess with an altoids tin, Radio shack makes an enclosed 4 AA battery pack with a switch which can be directly soldered to a sacrificed micro USB cable for $1.99. [5]

If you want to skip all this there is a Commercial version built by Tekkon available from Amazon which includes a battery charger for approximately $22. 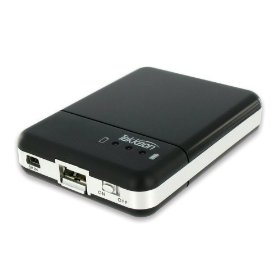 Tekkon pack with cover on 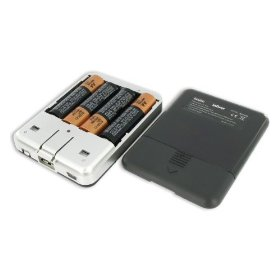 Tekkon pack with cover off
Retrieved from "http://wiki.webos-internals.org/index.php?title=External_Battery_Pack&oldid=9561"